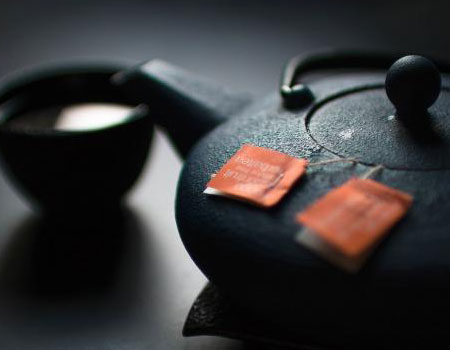 Assam tea originates from the northeastern state of Assam in India, and it is a popular English breakfast tea due to widespread marketing. Unique flavors and aromas come from the fermentation process and the subsequent chemical changes.

The innumerable plant compounds contained in Assam tea are advantageous for good health in several ways. Some of them are as follows:

Studies performed on animals reveal that polyphenolic compounds found in abundance in black tea have the ability to reduce cholesterol and block plaque formation in blood vessels.

Not all studies with human participants were able to prove the benefits of black tea, since they showed mixed results. However, several studies established that consuming 3 to 6 cups of black tea is strongly associated with reduced heart disease risk.

Theaflavins, compounds found in black tea, have been proven by early research to reduce the progress of degenerative brain illnesses. A one of a kind test tube study showed that black tea blocked the formation of enzymes that could lead to Alzheimer's disease. Apart from this single study, there is not much research proving the claims.

A few studies with human participants have shown a strong connection between black tea consumption and reduced susceptibility to cancer, especially with lung and skin cancer. Though several animal and test tube studies back this, there needs to be extensive research on black tea’s impact on cancer progression in humans to make concrete assumptions.

Polyphenolic compounds that are present in black tea take on the role of prebiotics and maintain good gut health, which is essential for a robust immune system. Healthy gut bacteria is needed to fight harmful bacteria in the stomach during times of low immunity.

Compounds such as theaflavins, thearubigins and catechins are antioxidants that reduce the negative impact of free radicals in the system and guard the cells against further damage, ultimately bringing down levels of inflammation.

On the other hand, drinking Assam tea also has drawbacks and they are listed below:

Compounds known as tannins give the black tea its bitter taste, and they bind to the iron consumed during meals, thus preventing the absorption of iron in the system. This leads to iron deficiency and other complications.

People with iron deficiency and those taking supplements are advised to not consume black tea during meals, for it leads to poor absorption of iron, which is needed for proper circulation of oxygen in the body.

Though the amount of aluminium present in teas vary, it is advisable to drink teas in moderation because the excessive amounts of this chemical element can possibly lead to bone loss and neurological damage, especially in people with kidney disease.