Are plantations really in control of their organisational culture? 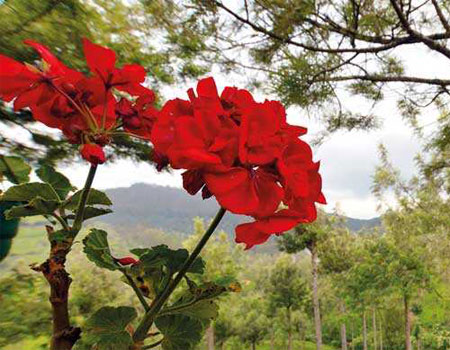 The Sri Lankan plantation industry has undergone some drastic management transformations over the last 60 years, which has impacted its performance at present.

This is not to downplay the significant changes to external factors and internal socioeconomic variables, but rather this is an entry point into discussing how the latter changes could have been dealt with differently, leading to a better outcome for the industry, if we had a clearer understanding of the organisational culture and entities that have to navigate these changes, and lead the sector down a more sustainable path.

Last week, I touched on how there have been different phases for the plantation industry across time that have all contributed to its current predicament. In terms of management, it has switched from colonial establishments to private ownership to State control to being run by regional plantation companies and State organisations, all in the space of 60 years. It is essential to understand what effects these changes might have had on the sector’s current status from an organisational culture point of view.

Organisational culture and its influence was one of three variables in an in-depth study I performed on the plantation sector to ascertain levels of and relationships between organisational culture, leadership styles and innovativeness in the industry, and how each played a part in the sector’s progress or lack thereof in certain instances.

The world ‘culture’ originates from the Latin term ‘cultura’ which stems from ‘colere’, meaning “to cultivate”, and as a term it has different meanings. Anthropologists, sociologists and many others have debated on the meaning of the word ‘culture’.

Different researchers define the word ‘culture’ in dissimilar ways as it is an abstract term. Alfred Kroeber and Clyde Kluckhohn in their book ‘Culture: A Critical Review of Concepts and Definitions’, compiled a list of 164 definitions of ‘culture’.

For the purpose of this study, culture is defined as the learned beliefs, values, rules, norms, symbols and traditions that are common to a group of people. It is these shared qualities of a group that makes them unique, as defined by William Gudykunst and Stella Ting-Toomey in their book ‘Culture and Interpersonal Communication’.

Organisational culture, on the other hand, has been an important theme in management and business research for the past few decades due to its potential to affect a range of organisationally and individually desired outcomes such as commitment, loyalty, turnover, intent and satisfaction.

This is derived from the definition by Stanley M. Davis, where organisational culture, as a pattern of shared beliefs and values, gives members of an institution meaning and provide them with the rules for behaviour in their organisation.

Based on the aforementioned definitions, culture can be summarised as the totality of learned, socially transmitted behaviour. It includes ideas, values and customs of groups of people. Organisational culture, more specifically, is the personality of an organisation. Organisation culture comprises assumptions, values, norms and tangible signs (artefacts) of organisational members and their behaviours.

In different Sri Lankan academic circles and studies, there has been a lot of research and discourse on the effects of colonialism on our overall culture. However, there aren’t enough studies exploring the influence of colonialism in the organisational culture of the plantation sector and its impact on business results.

Considering the industry’s century-and-half long history, deeply-rooted values and practices, colonial influence with high power distance between the employer-employee, frequent management changes, and ‘behavioural modelling’ type of training of plantation management trainees from inception to date, the plantation sector ought to be extra careful and conscious in management of the organisational culture element to harness better business outcomes and also to avoid long lasting ill-effects due to the absence of the same.

As proposed by behaviourists in the first half of the 20th century, social learning theory of behavioural modelling which suggests that observation, imitation and modelling that all learning was a result of direct experience with the environment through the process of association and reinforcement.

For the purpose of this study, culture is defined as the learned beliefs, values, rules, norms, symbols and traditions that are common to a group of people Strong reinforcement during initial trainings will also lead to difficulties in unlearning of inappropriate practices resulting in adopting systems to counter same without looking at more appropriate options

A ‘behavioural modelling’ type of training is what is practiced even today as the formal initial training of plantation management trainees thus reinforcing the continuity of organisational culture unintentionally, in spite of vast changes taking place in the internal and external environments.

Eminent organisational culture thought leader Professor Edgar Schein affirms: “When an organisation first forms, leaders have a major impact on the emerging culture in the organisation. At this point, the leaders are the ‘definers’ and ‘givers’ of culture who can create and infuse the values, beliefs and assumptions that they believe are necessary and good for the organisation”.

As such, the Sri Lankan plantation sector with some awareness on the power of organisational culture could have made use of the opportunities of management changes to alter culture of plantations to a great extent.

Findings of the study

Learning by observation, imitation and modelling of your mentor (‘creeping boss’) at the initial training of plantation trainees can lead to them continue to follow practices and systems which were appropriate then, but grossly out of date due to the changes taken place in the internal/external environments with the passage of time.

Strong reinforcement during initial trainings will also lead to difficulties in unlearning of inappropriate practices resulting in adopting systems to counter same without looking at more appropriate options.

Fey and Denison’s comprehensive questionnaire comprising items involvement, consistency, adaptability and mission was utilised to gather data from respondents to understand organisational culture. It can be implied that on an overall, the respondents, in this instance being plantation managers, perceived the culture in their plantation sector as conducive.

That is due to the belief that the current organisational culture is better than what it was i.e. comparing the current situation with their own past rather than the internal against the external environment. This could be attributed to the perceived uniqueness of the industry and lack of deep understanding of the actual prerequisites required for organisational culture to be conducive for innovative practices.

Due to the colonial influence and the behavioural modelling-based initial training, the power distance in the plantation sector remains very wide. Therefore, the working environment is designed for wide and distant working relationships amongst all levels of employees which are detrimental to cordial relationships and communication, enabling an organisational culture for plantation managers to act and behave in a traditional manner than to be innovative.

Contrary to common belief on use of ‘hierarchy’ for effective leadership in the plantation sector is challenged and the power of ‘involvement’ or high level of participation of team members through greater reliance on coordination. This also raises an important point on creating ‘newness’ to the industry through the use of appropriate combination of leadership styles and organisational culture as against the traditional way of doing things.

In the absence of clear understanding of these underlying complexities, plantations have adopted a ‘work around’ to ‘mange’ by adopting techniques such as hiring based on ‘cultural fit’ as against ‘job fit’ and induction through behavioural modelling type of training with the justification that the plantations are unique as such plantation management is beyond a profession where it is a lifestyle as one ought to work and live in the same vicinity.

In addition, changes to recruitment criteria, a formal structured training program at the initial stages of the careers, agronomic knowledge with a with greater emphasis on managerial disciplines and exposure at non-plantation sectors of RPC group companies for different thinking, will enable plantation sector leaders to consciously make effective alterations to the plantation culture resulting in a more positive outlook.

Next week in my ‘Beyond the Plants’ series, I will endeavour to address the importance of leadership in Sri Lanka’s plantation sector and the effect of different leadership styles. Eminent leadership scholars define that there are several components to the central phenomenon of leadership. Some of them are:

The very act of defining leadership as a process suggests that leadership is not a characteristic or trait with which only a few or certain people are endowed with at birth. I will endeavour to draw parallels with these thinking against the context of plantation sector of Sri Lanka.

(The author Dr. Neil Bogahalande is a Director of State and private sector plantation companies with extensive experience at operational and strategic levels. He can be contacted on nbogahalanda@gmail.com.)