Home>Publications & Articles>Articles>Media Articles>Are loaded teas dangerous? The truth about these zero-sugar drinks with a caffeinated kick

Are loaded teas dangerous? The truth about these zero-sugar drinks with a caffeinated kick 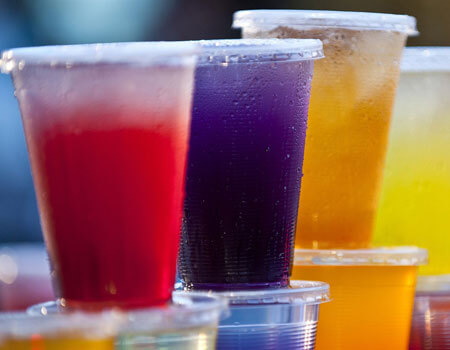 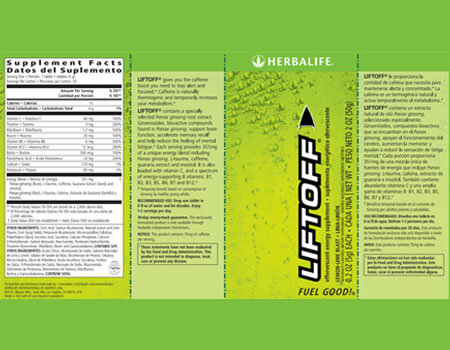 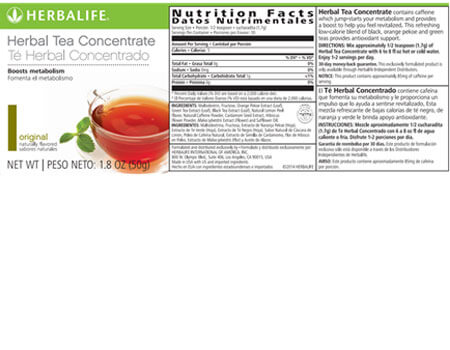 These colorful beverages are popping up all over Instagram.

With eye-catching rainbow colors plus the promise of increased energy, better focus and even weight loss, loaded teas have been popping up on Instagram with increasing regularity this summer.

These brightly hued drinks with names like Blue Hawaiian, Gummi Bear and Unicorn have all the makings of social media stardom — but are they actually worth the hype in real life?

The answer is complicated.

What are loaded teas?

Loaded teas are beverages that feature a cocktail of supplements with a range of purported health benefits, from performance enhancement and mental clarity to a metabolism boost and hunger suppression. While they aren’t a trademarked beverage, many accounts posting about the drinks on social media are affiliated with the supplement distribution company Herbalife, whose supplements are used as the base of many drinks.

There isn’t one single formula for loaded teas, as different purveyors make their own versions, but many involve a combination of Herbalife’s Liftoff energy tablet, Herbalife’s Herbal Tea Concentrate, other add-ons from Herbalife, like aloe or collagen water, and a variety of sweet, (often) sugar-free syrups or even juices. The enticing tropical flavors and swirl of colors add a little magic to the otherwise unpalatable experience of gulping down a 32-ounce cup of supplements.

“It’s the same formula as an energy drink, but they call it a tea — because teas are what ‘healthy’ people drink,” said Dr. Tanja Johnston, a Los Angeles-based board certified naturopathic doctor and nutritionist. To her point, not all of the loaded teas advertised online contain actual tea.

Where did loaded teas come from?

It’s unclear whether Herbalife's corporate offices created the idea for loaded teas and shared recipes with distributors or if distributors came up with the concept and it's taken off, but searches on Instagram and Facebook turn up hundreds of shops, many of them concentrated in towns across Mississippi, Alabama, Tennessee, Oklahoma and Florida, advertising their new beverages at special events while linking to a Herbalife digital storefront.

You’re not likely to find loaded teas at your neighborhood cafe, as they are mainly sold by Herbalife-affiliated “nutrition clubs” which are “locally owned and operated by independent Herbalife distributors” who sign up for a membership program with Herbalife to purchase discounted supplements they can use for themselves or sell to consumers. There are currently 2.3 million independent Herbalife distributors, according to the company, but only 5,900 clubs in the U.S. Unlike a GNC, for example, people need to be “personally invited by a Herbalife member or customer to visit their club,” according to company documentation. Many distributors don’t have a nutrition club but do share loaded tea recipes, loaded tea kits and other Herbalife supplements on their digital storefronts.

In 2016, Herbalife agreed to pay $200 million to settle claims brought forth by the Federal Trade Commission for deceiving "consumers into believing they could earn substantial money selling diet, nutritional supplement, and personal care products." The FTC also called the company's compensation structure "unfair" since it "rewards distributors for recruiting others to join and purchase products in order to advance." Herbalife agreed to the settlement, but maintained that many of the claims against it were factually incorrect.

Herbalife acknowledged TODAY’s request for an interview, but would not answer any specific questions about loaded teas or the company's current practices.

After repeated attempts to contact the company, Jennifer Butler, Herbalife's vice president of communications, emailed the following statement to TODAY: "Every day millions of people around the globe enjoy Herbalife Nutrition products and like other companies that serve caffeinated beverages, we actively educate and advise distributors and consumers about the responsible use of caffeine."

Laura Ligos, a registered dietician and blogger based outside of Albany, New York, said she first noticed nine of these shops pop up around her town about two or three years ago. She started receiving questions from clients and local fitness studios about the efficacy of loaded teas, so she decided to take a closer look. Johnston said she also started hearing about loaded teas from her clients around the same time.

Since each shop mixes up their own unique tea blends with various supplements, syrups and flavorings, there isn’t a standard nutritional profile. However, many shops post that their drinks start at just 20 to 24 calories, and then go up with add-ons.

According to the nutritional labels for Herbalife’s Liftoff and Herbal Tea Concentrate, these drinks would appear to be chock full of vitamins B and C, and the amino acid L-taurine, which can benefit immunity and energy, as well as biotin. Herbalife makes product labels available online, so consumers can see the ingredients in individual supplements, many of which, according to Seattle-based registered dietician and Bastyr University assistant professor Maribeth Evezich, appear to be safe for most healthy adults.

One tablet of Liftoff contains multiple stimulants including ginseng, guarana and caffeine, while one serving of Herbal Tea Concentrate includes more stimulants from tea extract and caffeine powder. Many loaded teas advertised have at least 160 milligrams of caffeine, equivalent to about two cups of coffee (the FDA says 400 milligrams a day is safe for healthy adults, though the organization acknowledges that caffeine affects people differently).

Several nutrition clubs' Instagram posts suggest consumers may load on additional supplements, but unless you're looking at the nutrition label for every supplement, it would be difficult to calculate how many stimulants and vitamins you're actually ingesting. If consumers are drinking loaded teas on an empty stomach, the effect may be heightened, said Johnston, who added that a couple of her clients drank loaded teas while practicing intermittent fasting before she advised them to stop.

Despite the potential benefits of having more energy and consuming more vitamins, nutritionists TODAY spoke with advised proceeding with caution when it comes to loaded teas.

“The biggest beef that I have with these drinks is all the stimulants,” said Johnston. “They’re just an overdrive for your cardiovascular system. Your heart rate increases, your blood pressure increases, it can affect your hormones and even negatively impact your mood.” Teens, she continued, are particularly vulnerable to the negative effects of large doses of caffeine.

Added Evezich, “High caffeine intake can lead to a vicious cycle of poor quality sleep, which then can negatively impact food intake and cravings, which can create low energy, which can make that person less likely to exercise, thereby decreasing mental acuity and energy levels.”

In other words, all of those stimulants can, over time, actually result in the very issues people turn to loaded teas to fix.

“I just felt like there wasn't a lot of transparency with what people were getting with these teas,” Ligos said when she started investigating the ingredients in loaded teas. “It’s just a bunch of powders that they mix up with these unnatural colors and flavors that seem desirable.”

TODAY attempted to contact a dozen different nutrition clubs currently advertising loaded teas on Instagram. When TODAY reached Ole Brooke Nutrition in Brookhaven, Mississippi, the person who picked up acknowledged they carried loaded teas, but hung up after we identified ourselves. When TODAY contacted Orange Beach Nutrition in Orange Beach, Alabama, the person who picked up said they carried loaded teas, but asked that we call a manager when we identified ourselves as a news organization. The manager of that location then declined to answer any questions, including a query about the most popular flavors. All people who answered the phone refused to provide their names.

Many of these shops also have the word “nutrition” in their names, with examples including Twickenham Nutrition, Wild Nutrition and Ad Astra Nutrition. Ligos said consumers may logically expect that they know what they are talking about when it comes to doling out nutrition advice. While some people who run these clubs may have a background in fitness or nutrition, training in nutrition is not required — nor is it provided by Herbalife — to open a club.

However, these clubs are mixing supplements and making various claims to promote their loaded teas. For example, many nutrition clubs posting on Instagram claim that loaded teas contain zero sugar and some say they are keto friendly. However, the labels for Herbalife’s Liftoff and Herbal Tea Concentrate reveal corn syrup solids, fructose (both forms of added sugar) and maltodextrin, a starch-based thickener that is not considered suitable for those following a keto diet. And that’s before the addition of artificially colored and flavored syrups.

On social media, many nutrition club accounts have claimed that these teas promote weight loss. While the stimulants can boost one's metabolism, the nutritionists TODAY spoke with said claims about weight loss are often overblown.

“Of course you can lose weight if you're drinking these teas instead of an afternoon soda, you’re just taking away calories,” said Ligos.

So what if you really want to keep loaded teas in your life?

Hundreds of people on social media claim to enjoy them and sing their praises. You don’t need to get rid of them completely if you don’t experience any negative side effects after consuming one, said Johnston, but you’re better off treating them like an alcoholic beverage rather than a health drink you should consume regularly.

“My advice would be to drink eight ounces of water beforehand, to prepare your kidneys to flush everything out. Caffeine also dehydrates you," she said.

The nutritionists also said people can consider making their own version of a loaded tea at home using ingredients they are familiar with. Ultimately, said Evezich, you’re better off eating and drinking real food and suggested trying green tea for an energy boost.

“There’s no silver bullet to get that energy rush," she said. "Rather, individuals really need to be looking at lifestyle issues to determine why they are needing more energy and consider the long-term implications of band-aid strategies such as loaded teas.”