An Appreciation of Real Tea 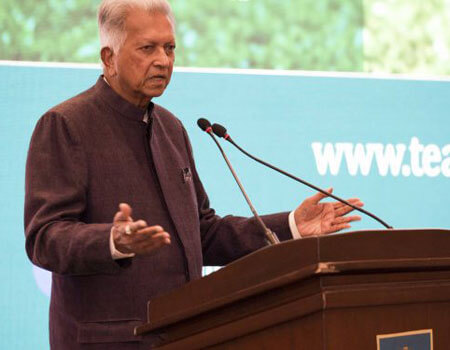 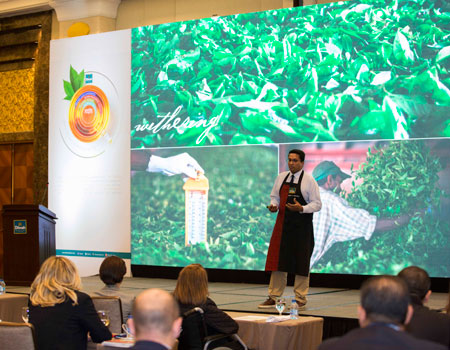 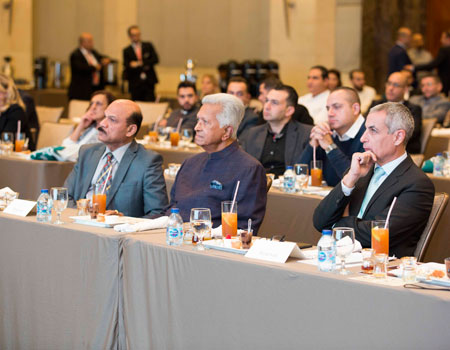 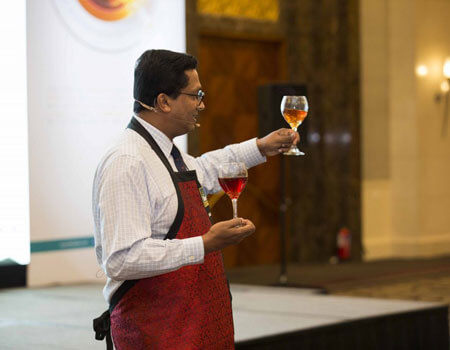 Family Tea company Dilmah, founded by Merrill J.Fernando, a man who devoted his life to tea and spent nearly 70 years mastering the art of tea-making, has a unique response to this trend. It’s called Real Tea.

Merrill J. Fernando together with his son Dilhan and Malik, whose names make up their ‘Dilmah’ brand, recently visited Jordan to present a tea maker’s perspective on tea, with a Tea Appreciation event.

An appreciation of tea requires a little patience, explains Merrill J. Fernando, for Mother Nature works at her own pace. It begins in the lush, green hills of central Sri Lanka, once called ‘Ceylon’, where the British planted Camellia Sinensis in the mid 1800s.

Ceylon Tea –unblended tea from Sri Lanka is still referred to as Ceylon Tea –is handpicked, by millions of workers who fan out across hundreds of estates at dawn each day. They follow a rhythm perfected over centuries to produce a natural, healthy and deliciously invigorating beverage.

After the tender, handpicked buds are made into tea through a process that is largely unchanged since the birth of the tea industry, each tea is individually tasted.

“We taste over 10,000 teas each week, to select only the finest for Dilmah,” says Merrill’s son, Dilhan. “That individual appreciation of every batch of tea produced every day in SriLanka is critical, because the taste of tea, like wine, is influenced by rainfall, sunshine, wind and temperature. That aspect of terroir – or sense of place – is what gives tea its unfathomable variety and breadth, with a spectrum of hues and textures, an array of tastes, flavors and aromas.” added Dilhan. 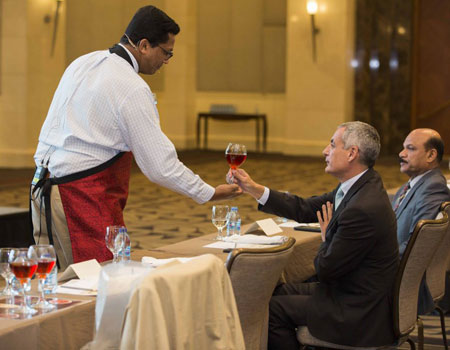 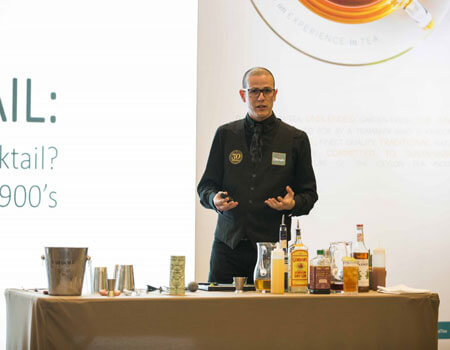 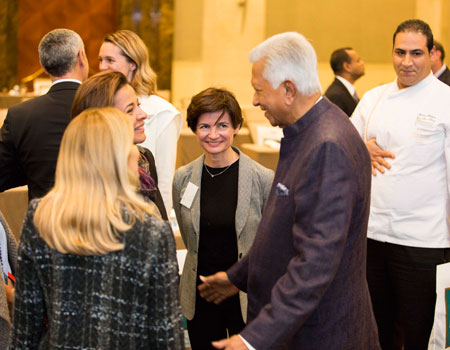 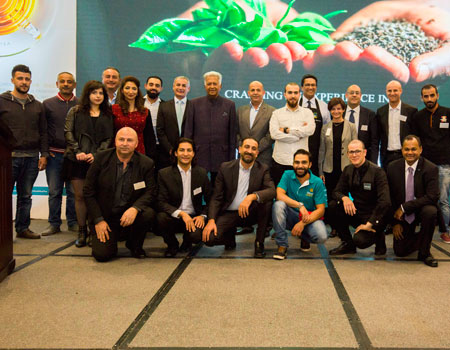 Merrill and his sons, Dilhan and Malik, whose names make up their ‘Dilmah’ brand, are passionate about tea. They believe that there is no herb that is more essential for a 21st Century lifestyle than tea. After all, tea began as a medicine and only then grew into a beverage. More recently scientists have confirmed what Asians knew for centuries, tea offers protective benefits for every major chronic disease that is expected to challenge society this century.

There is more though, for tea with its near infinite variety of tastes, and its climate and elevation influenced personality, offers indulgence and enjoyment like no other food or beverage.

Merrill J. Fernando together with his son Dilhan, visited Jordan to present a Teamaker’s perspective on tea, with a Tea Appreciation event. Since its inception, Dilmah has gone against convention in pursuing quality and authenticity in a tea category that has been moving rapidly towards commoditization. Nothing short of a revolution in tea, pairing some of Jordan’s popular appetizers, and meals with tea, and presenting tea inspired mock-tails, and cocktails.

The teas, had been tasted and explained, in the Tea Appreciation event which marks the first step in a Dilmah campaign, to bring real tea – tea that is handpicked and processed traditionally as against CTC teas which are produced by a newer, short cut method – to discerning tea drinkers in Jordan.

Dilhan also shared with guests at the event images of the uniquely Dilmah commitment to making their business a matter of human service. The company has incorporated into its policy, the fulfillment of a pledge made by founder Merrill J.Fernando, in the 1950s, of ensuring that his success would be shared by the community. More details at www.mjffoundation.org.