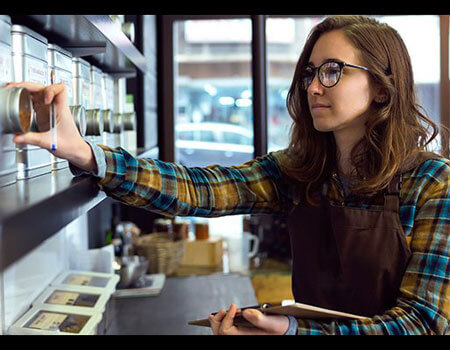 Government bodies assigned to support national tea industries are shaking off the shock of COVID-19 and leading tea forward.

Urgent attention was first directed at converting conventional tea auctions to allow digital transactions, and with much of that work done, the focus has now shifted to promoting sales.

Last week, the Tea Board of India and the Indian Embassy in Cairo, Egypt hosted a virtual business-to-business (B2B) webinar for stakeholders vested in trade. The event attracted 60 delegates unable to travel freely due to coronavirus restrictions. Speakers addressed logistical barriers and networked, matching sellers and buyers to increase exports, which are under pressure.

On Aug. 18, the Tea Board’s webinar focused on domestic sales, introducing wholesalers to buyers in Uttar Pradesh, Bihar, and two other low-consumption states. The board is interested in expanding supply from established tea regions in India’s Northeast.

According to the Tea Board, the overall objective is to "convert" low-tea drinking states of India into promising markets where the potential for consumption of tea is high.

Dinesh Bihani, secretary of Guwahati Tea Auction Buyers Association, told the Calcutta Telegraph, “We are hopeful that at least an additional 50 million kg of teas from the Northeast will be sold because of the Tea Board’s effort. The people of these states will get to taste quality Assam tea, which has bright liquor and good taste, unique in the world.”

Lockdowns curtailed harvests across the country at their peak, resulting in shortfalls that have driven retail prices higher. India hopes to avoid importing tea and recently mandated a country of origin label on all goods. In early August, the first virtual video conference enabled major exporters to address "The Way Forward of India Tea Exports."

The Colombo Tea Auction (CTA) existed as an open-cry trading floor for 126 years, until coronavirus shut it down. The auction, which is the oldest operational and largest single-origin tea auction in the world, successfully transitioned.

“The idea to digitize the auction has been on the table for a long time. But the pandemic put us in a situation where we just had to get it done,” said Jayantha Karunarathne, Chairman of the Colombo Tea Traders Association (CTTA). The first digital auction was conducted in April. “Everyone is now used to the [online] system,” said, Karunarathne, adding, “I don’t think we will ever go back to holding the auction the old way.”

Auction prices have stabilized, and the focus has returned to strategic planning.

Parliamentary elections Aug. 5 gave the ruling party a two-thirds majority. The election has helped settle nine months of uncertainty calmed by President Gotabaya Rajapaksa, who described his vision for the country in a major address last week.

US Ambassador to Sri Lanka, Alaina B. Teplitz, praised the country for its efforts to control the pandemic without sending the economy into recession.

Ambassador Teplitz commented that the US is the number one destination for Sri Lankan exports. Bilateral trade is heavily weighted in Sri Lanka’s favor: The United States imports around $2.9 billion worth of Sri Lankan products, mainly garments. Sri Lanka imports around $390 million in US goods.

The new government will emphasize exports, according to press accounts.

Export Development Board (EDB) Chairman Prabhash Subasinghe said that "Exports have been recognized as a deserving sector to appoint sector-specific ministries in reviving the economy post-COVID-19. A lot of emphases has been given to agricultural exports and farming, which has been a weak area in our export basket for decades.”

The Chinese government quickly addressed the coronavirus catastrophe as it unfolded in the initial weeks of the 2020 harvest.

Little was known about Covid-19 at the time, and lockdowns were strictly enforced. The result is that tea retail in much of the country came to a virtual halt. In the gardens, workers were at first held back from plucking and processing, but protocols emerged based on previous experiences with flu pandemics and SARS.

The threat subsided in time for a majority of China’s tea-producing regions to process tea, and this year’s annual yield was equivalent to 2019, but by then, the entire world was in crisis. Sales flatlined.

In the first quarter of 2020, tea exports plunged by 9.7% year on year, and the export value of Chinese tea shipments to the US declined by 1.3% as the price surged due to a combination of tariffs and added shipping expense.

"We've lost more than 20 million yuan ($2.9 million) in the past few months. The coronavirus lockdown worldwide has driven our tea exports to zero. Then, most of our tea products were flooded as torrential rains deluged the (Huangshan) province in the heat of summer," tea trader Ye Mancang told CGTN.

“During the same period in 2019, his company exported more than 500 kilos of Taiping Houkui tea and 30,000 kilos of black tea to Japan and the US through Taiwan,” according to CGTN.

Today, the most significant concerns are logistics and the recovery of tea sales out-of-home.