A life devoted to tea and kindness 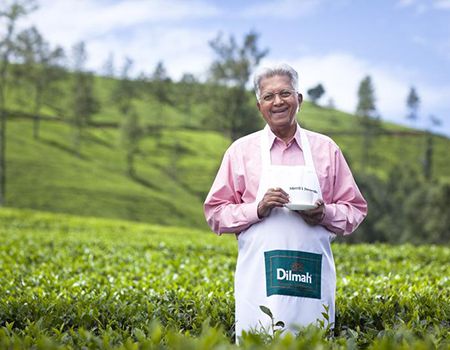 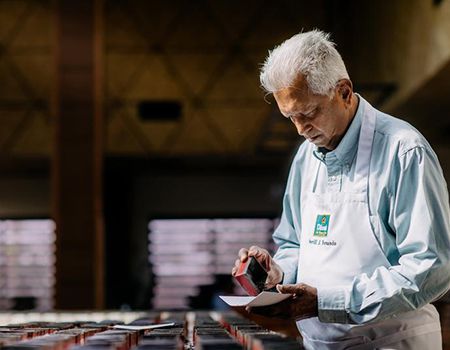 COLOMBO, Sri Lanka: The unmistakable face of the Sri Lankan family tea company Dilmah, is Merrill J. Fernando, and his invitation to customers - ‘do try it!’. The first tea grower to offer his tea to the world – picked, perfected, packed at source – and kindness was his cup of tea. The family tea business he formed around an uncompromising commitment to Taste, Goodness & ethical Purpose offers a playbook for business in a post pandemic era. Faith, determination, dedication to taste, goodness, and ethical purpose characterise the Ceylon Teamaker’s story as he turns 91, and celebrates 71 years in tea, on May 6..

Milestones are important. They chart one’s progress, whether success or failure.  Merrill J. Fernando, the founder of Dilmah, entered the tea trade in 1950, as one of a batch of five local youths to be trained in the esoteric art of tea tasting, then the preserve of the British. Despite the unshakeable self-belief that has taken him to his present eminence in the industry, even he would not have imagined the varied successes that he would eventually garner.

Dilmah is, undeniably, the global face of Ceylon tea. The brand, with the image of its founder, has carried the message of the purity and authenticity of Ceylon tea to over a hundred countries in the world. However, it is not only in the promotion of the product that Fernando has made his contribution. Over the years he has lent his weight to many initiatives that have benefited the industry and Ceylon tea in its totality.

In the early years, he championed several initiatives which created facilitations and remedied inequalities which hampered the local exporter of value added tea. The tea industry then represented a long value chain, stretching  from the local plantation to the retail market  overseas, designed for the benefit of  the British,  allied multinationals and their local associates. He was successful in interposing his authority on this tightly closed system, with a mixture of guile, confrontation and leverage of influence, for the benefit of the local entrepreneur.

The conversion of many traditional Orthodox Tea factories to the more industrial CTC manufacture, in an uncritical emulation of the Kenyan model, would have become a reality decades ago, if not for his reasoned but unrelenting opposition. Had that proposal been implemented, the diversity of Ceylon tea, its uniqueness, would have been obliterated by the depressing sameness of a mass-market product without individuality.

Similarly, the more recent effort to import cheap tea for blending and re-export, the “Tea Hub” concept, proposed by exporters who were prepared to sacrifice the singularity of Pure Ceylon Tea, in favour of short-term profit  and  denial of long-term damage, would have been launched if not for Merrill Fernando’s fierce opposition. His was the lone voice raised against this scheme which, had it been implemented, would have temporarily enriched a few but impoverished the hundreds of thousands of producers.

Merrill embodies the philosophy he has always advocated, focusing on the significance that lies beyond success. His desire to share his profits has made an unquantifiable and lasting contribution to his community and beyond. In less fortunate communities in his own country and overseas, thousands of lives have been touched by the initiatives of the Merrill J Fernando Charitable Foundation - all funded by the profits of Dilmah tea. The Foundations’ guiding principle of empowerment with dignity underlines its Settlor’s wish to genuinely and positively impact people.

Then there are the multitude of biodiversity conservation, restoration, environmental education and research initiatives of Dilmah Conservation, again endowed by the profits from tea. As the passionate Teaman celebrates his ninety first birthday, his commitment is undimmed. In a corruptible and acquisitive society it is rarely that a successful businessman also becomes a force for the common good. Merrill J Fernando is clearly one of the very few exceptions.