A brief history of our cup of tea 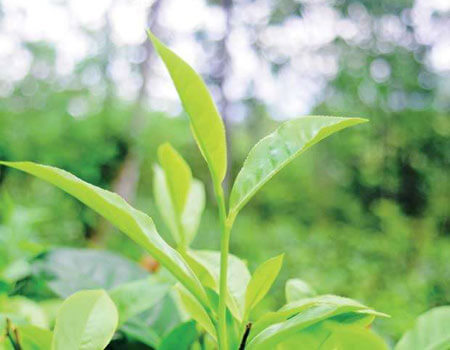 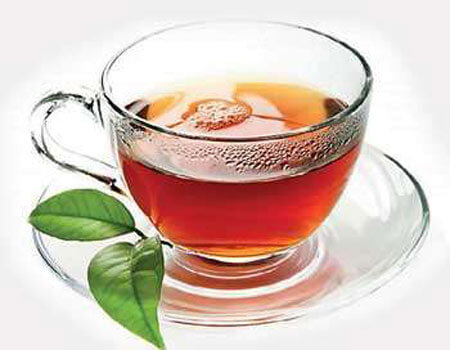 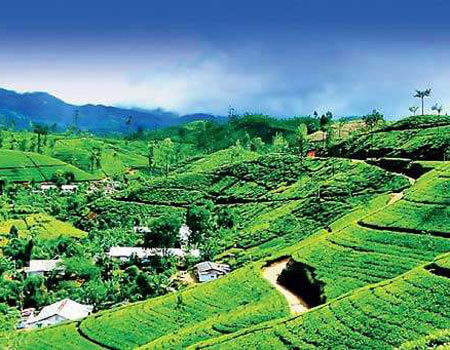 The tea plant, known as Camellia thea or Thea sinensis, is not indigenous to Sri Lanka. It comes in two varieties: the Chinese (Bohea) and the Indian (Virindis). The former has a hard leaf and grows in the shape of a low bush or hedge, while the latter can develop into a forest tree with a large glossy leaf. A hardy plant, it thrives under the most diverse and intense conditions of soil, climate, elevation, and treatment.

No one really knows how tea originated. Legend has it that a Chinese Emperor, Shennong, decreed that his subjects must boil water before drinking it. Somewhere in 2737 BC, leaves from a nearby tree blew into his water, and the Emperor, so it goes, was pleasantly surprised and proceeded to drink the concoction. A variant of this has it that he tested the medical properties of herbs and found tea to work as an antidote; in any case, there’s no denying that it was an Asian, specifically a Chinese, beverage.

It came to Europe around the same time Europe discovered alcohol, and it came, Fernand Braudel tells us, with two other beverages: coffee from Arabia, originally Ethiopia, and chocolate from Mexico. Importing it was difficult, however, since leaves, pots, and porcelain cups had to be imported as well.

The first cargo of the beverage reached Amsterdam somewhere in 1610 on the initiative of Oost Indische Compagnie. Even then, it took a long time for other parts of the continent to acquire a taste for it: in France, the drink was not mentioned until 1635, and it provoked hostility to such an extent that in 1648, a medical student had to defend a thesis he’d written on it. 10 years later though, another thesis, written this time under the patronage of a tea loving chancellor, extolled its taste.

The British East India Company began importing it from Asia in 1669. Until direct trade between Europe and China resumed in 1720-1730 (in the reigns of Yongzheng and Kangxi), however, tea consumption didn’t become significant in Europe, and when it found its way to London, England overtook the Dutch. The figures Braudel quotes seemingly testify to this: in 1766, exports from Canton amounted to 15 million pounds, and of them, six million were to Great Britain. A popular legend has it that the drink became more addictive than gin, the poor man’s alcohol, and became an antidote to drunkenness during the reign of George II.

In any case, it gained widespread popularity, especially after gin was subjected to heavy taxation in 1751 and grain prices began to rise soon afterwards; both these factors, Braudel surmises, may have favoured the newcomer.

I am not, however, inclined to believe everything Braudel writes, in particular because he writes, in the first volume of Civilisation and Capitalism, that the first shrubs in Ceylon were planted in 1877, after coffee had been destroyed. It is true that until tea took over, coffee monopolised our economy (or rather, the economy the British had instituted here). But it was not planted here for the first time (as a commercial crop) in 1877; it was planted in 1841 by the youngest of three Austrian brothers related to the Rothschild family, though because of the monopoly coffee exerted over the economy, along with high labour and production costs, the venture did not succeed and become profitable. Even if we discount this historical fact though, 1877 is still the wrong year; 1867 would be more correct, since that is the year in which the other two brothers opened a clearing at Ramboda in the Labookelle Estate.

The Labookelle Estate was a venture of the de Worms brothers, Solomon and Gabriel (The third brother, who had tried to plant tea in 1841, was Maurice.) At the same time, clearings were made at two other places: the Penylan Estate in Dolosbage and the Loolecondera Estate in Hewaheta. James Taylor was in charge of the latter site, which became the first commercial plantation of the crop in the island.

Teas from Loolecondera were sold in 1872, and the first consignment reached Great Britain around one year later. In 1876, the first broking firm in Ceylon, John Brothers and Co., was established, and in 1883, the first public auction, held under the guidance of the Chamber of Commerce, was unveiled in Colombo.

Demand picked up very rapidly thereafter. From 10 acres in 1867, production expanded to 4,700 acres in 1878, 32,000 acres in 1883, 364,000 acres in 1898, and 418,135 acres in 1924. By the turn of the 19th century, more than 384,000 acres had been cultivated, mostly by individual proprietors. Once these proprietors retired, they sold their estates to limited liability companies; by 1924, more than 71 per cent of the total tea acreage was owned by these companies, with more than 67 per cent of them registered in Great Britain. The most prominent local entrepreneur who had opted to venture into production during this time, moreover, happened to be the wealthiest Ceylonese of the 19th century: Charles Henry de Soysa.

The 19th century did not face many challenges when it came to tea’s monopoly over local and regional trade. The 20th century was a different kettle of fish altogether. The first challenge came from a glut in the market due to supplies from other countries. Ceylonese tea, which writers from Mark Twain to Conan Doyle had extolled, enjoyed an unassailable position in the world market, but even this was not enough for it to withstand the shock of prices falling down to unprofitable levels. The fall led to an increase in the tea drinking habit among Europeans, a trend that was aggravated by a crafty, well designed, successful propaganda carried on by a group of merchants and traders that called itself the Thirty Committee. Owing to the work of this committee, consumption overtook demand, the glut was addressed, and prices began to pick up. A cess that had been imposed on the export of the product was, owing to the resurgence of the product, discontinued on December 31, 1908.

Barely 10 years passed, however, before another problem presented itself. Stocks of tea accumulated in the United Kingdom in the war years were suddenly released in 1920, which exerted a severe downward pressure on prices. Ceylon’s growers, as a response, restricted production, and as before, the industry recovered: by 1921, the quality of the product had risen considerably, thanks to advances in cultivation.

Because of the tremendous pressure on Ceylon’s growers to keep up with other tea producing countries, science was resorted to, facilitating improvements in plantation and cultivation methods. This went hand in hand with the establishment of various societies: the Tea Planters’ Association in 1854, the Tea Traders’ Association in 1894, the Tea Research Institute in 1925, the Ceylon Estate Employers’ Federation in 1944, and, following the change of government from the capitalistic UNP to the more left-of-centre SLFP, the State Plantations Corporation in 1958.

All this bolstered the position of Ceylon tea, and in 1965 (the year of transition from the SLFP’s populist nationalism to the UNP’s liberal capitalism) the country became the world’s largest exporter of the crop for the first time. By this time, local growers had begun to cultivate the vegetatively propagated (clonal) variety instead of the seedlings, shortening the maturity period from five to three years.

A period of intense political shifts followed, which had a say in the evolution of the industry: a spate of takeovers of local and foreign enterprises by the government of the seventies (which limited land ownership to 50 acres), and, partly under a government headed by the daughter of the prime minister who had sanctioned and overseen those takeovers, the restoration of estates to private management in the nineties.

Today, the tea industry is not faring well, since it has consistently failed to keep its share of overseas markets, particularly black tea, despite global demand rising by five per cent per year. More than anything, this has to do with the fact that replanting was abandoned after the Ranasinghe Premadasa and Chandrika Kumaratunga Governments privatised the estates. Obviously, then, the future does not look that rosy.

Mark Twain writes, in his travelogue Following the Equator, of a fellow traveller who observes that tea has a return of investment of 40 per cent: typical of the golden era of cultivation in Sri Lanka perhaps, but a far cry from today’s statistics. Whichever way you look at it though, the beverage remains our only true export brand. To abandon it and focus on other crops, as some market-oriented economists have recommended, would be (as a friend of mine recently put it) unwise and short-sighted.

The writings of Fernand Braudel (“Civilisation and Capitalism”) and E. C. Elliot and F. J. Whitehead (“Tea Planting in Ceylon”), among others, were used for this article.