A History Of Tea In London 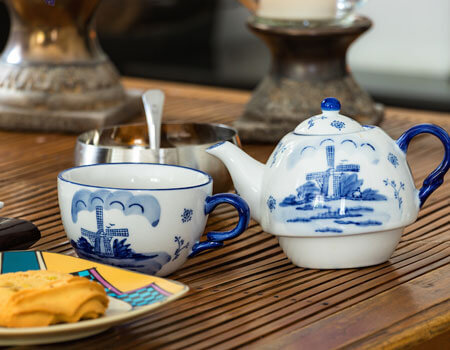 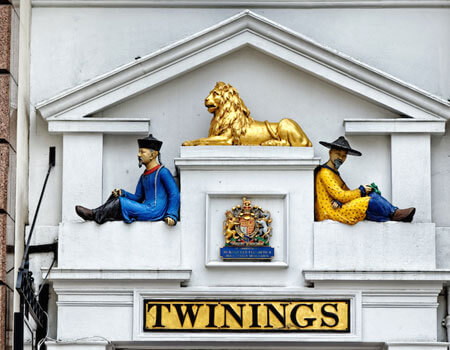 Londoners have had a long, steamy love affair with tea, despite coffee getting a head-start. Pour yourself a cuppa and pore over this, er, potted history of our beloved brew.

Who brought tea to London and when?

The first tea in England was shipped in from China, by the infamous East India Company. The shipping and trade company was founded in 1600 by Queen Elizabeth I with the purpose of exploring the East. In 1848, the company sent botanist Robert Fortune into India to establish tea plantations there (you may have heard of his Darjeeling plantation, still going strong today). Varieties from other countries including Ceylon (now Sri Lanka) soon followed. The East India Company still trades, selling fine foods from all over the world —and is 100% less involved with slavery.

Believe it or not, tea was first sold in England from a coffee house owned by one Thomas Garway in Exchange Alley in the City of London. That was around 1657-8. Samuel Pepys had his first taste in 1660 — a diary entry reads:

Queen Catherine of Braganza, Portuguese wife of King Charles II, had been accustomed to taking tea in her native country. Once tea made it to England, she helped make it popular among the wealthy upper classes, most of whom had never heard of it up until this point.

Tea houses never caught on in the way that chocolate houses and coffee houses did, largely because it was easier for people to prepare tea in their own homes (tea only required boiling water, whereas special equipment was needed for the preparation of coffee and cocoa).

During the Industrial Revolution, tea became more readily available. With sugar and milk added, it was seen as an efficient way to keep workforces energised for hours of intense physical labour. The chocolate biscuit, alas, didn't rock up till 1925.

Here are some of the London locations linked with tea's rise in popularity:

Think 'tea' and most Londoners think of Twinings, the tea shop and museum on Strand. The narrow corridor of a shop opened in 1706, and is to tea drinkers what libraries are to book lovers; floor-to-ceiling shelves laden with bags, boxes and tins of teas from around the world. Jane Austen came here — it welcomed women back in the days when the city's coffee houses were men-only — and Earl Grey tea was first marketed under that name here.

The royal warrant sits above the door, as does the company's logo — the world's oldest commercial logo that's been in continuous use since it was designed in 1787.

If Earl Grey is your tea tipple of choice, pay tribute to its namesake: a portrait of Charles Grey, the 2nd Earl Grey can be found in Room 20 of the National Portrait Gallery. Alas, he has in his hand a letter rather than a cuppa.

The origins of Earl Grey tea, flavoured with bergamot oil, is debated. The most widely agreed story is that it came about as a drink to be consumed at Howick Hall, the Grey family's Northumberland residence. Bergamot was added to tea to offset lime in the local water, and Lady Grey found it so popular with guests that the recipe was passed to Twinings, who marketed it under the name 'Earl Grey'. 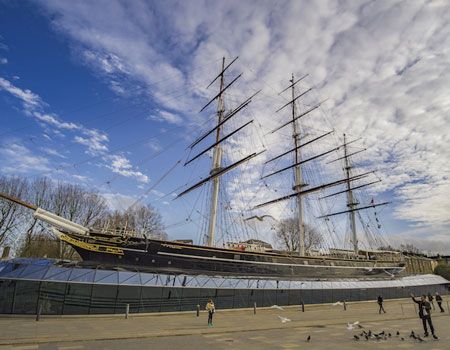 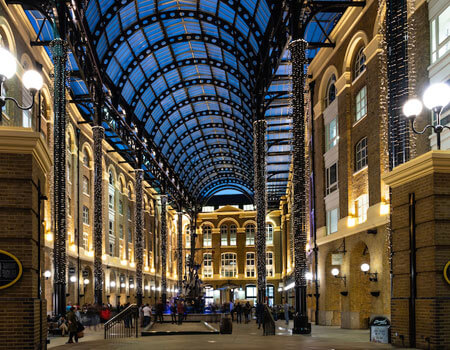 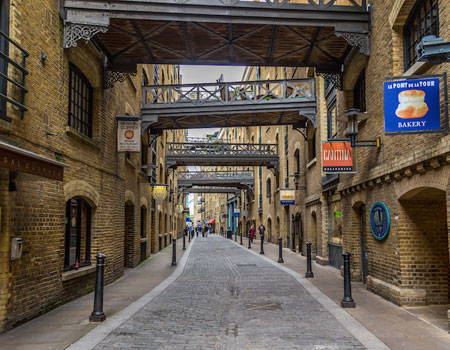 Greenwich's Cutty Sark is the world's only surviving extreme tea clipper ship (extreme clippers had sharper bows than regular clippers, making them zippier). Despite suffering from a fire in 2007, 90% of the ship's hull is original. Its maiden voyage was in 1870, taking wine, spirits and beer to Shanghai and returning with 1.3 million pounds of tea. The voyage lasted a stomach-churning eight months.

Once steam travel became more prevalent, Cutty Sark was switched to other duties, including shuttling wool between England and Australia. Under the name Ferreira, Cutty Sark was damaged in a gale on the way into Falmouth Harbour, bringing to an end her seafaring days but beginning a campaign to restore her.

Also, how many ships can say they have a train station named after them?

By the 19th century, tea was so popular that great shipments of it were flooding into Britain. Tea clipper ships raced back to the Port of London in an attempt to be the first to unload their cargo, most famously in the Great Tea Race of 1866 in which two ships finished the 14,000 mile journey just 28 minutes apart.

Several London docks were used by tea ships and clippers to unload and store the goods, including St Katharine Docks. In its peak 32,000 tons of tea from abroad came through here every year — now commemorated by a plaque.

Hay's Wharf (now Hay's Galleria) and Shad Thames, both on the south bank of the Thames, were also tea warehouses. In the 19th century, around 80% of the dry goods imported to London arrived in Hay's Wharf — also known as as the 'larder of London'. The offices above the shops and restaurants today were formerly warehouse space where tea would have been stored.

Shad Thames, built in the 1870s, was one of the biggest warehouse complexes in London, and received much of the tea, coffee, spices and other goods arriving in the capital. Today, the apartment buildings are named after these products — one of them Tea Trade Wharf.

Forest Hill's Horniman Museum doesn't appear at first to have much to do with tea, but its founder Frederick John Horniman made his fortune as a tea trader in Victorian times.

The business — which the family sold in 1918 but still trades as Horniman's Tea today (mainly sold in Spain) — was founded by Frederick's father, John Horniman, in 1826. Until this point, tea was sold loose, but Frederick began selling it packaged, to keep it fresh. (He, alas, didn't invent the tea bag — that was an American).

While travelling the globe sourcing the best leaves, Frederick collected all kinds of zany objects from the countries he visited, thus creating the foundations of today's museum. 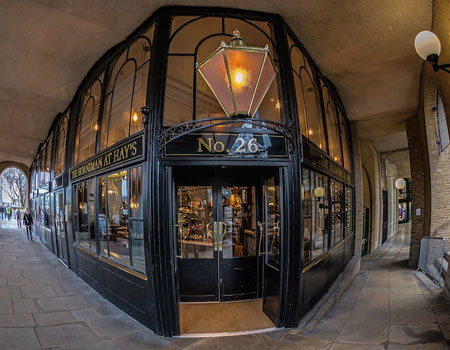 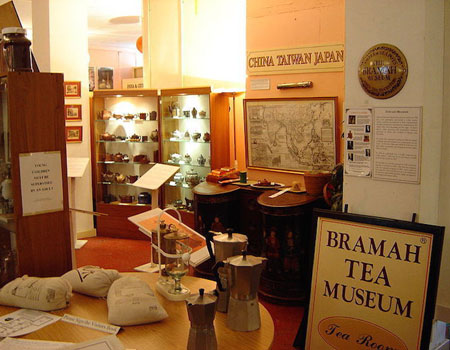 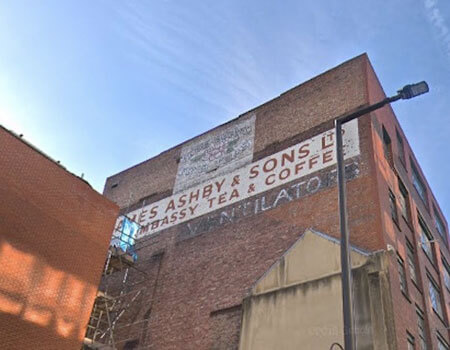 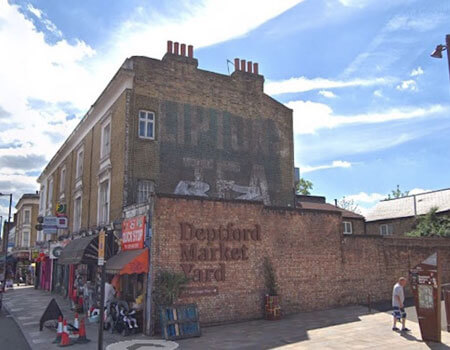 You may have noticed a pub in Hay's Galleria called Horniman at Hays. That's a nod to the fact that Horniman's Tea used to be traded at Hay's Wharf. Raise a pint (or cuppa) to him next time you're in the area.

For a few years, London had a museum dedicated to tea and coffee, covering the trade history of the commodities. If you look closely at certain pedestrian signposts around Shad Thames today, you'll still see directions to the now defunct Bramah Tea and Coffee Museum. It was opened by tea expert Edward Bramah in 1992, first at Butler's Wharf before later moving to Southwark Street. It closed following Bramah's death in 2008 and never reopened.

London has several ghost signs (adverts painted onto buildings and walls that have faded over the years) relating to tea. The Ghost Signs website does a fine job at documenting and discussing them, and some can still be seen today.

'James Ashby & Sons Ltd Embassy Tea & Coffee' can be made out on the side of 195-205 Union Street in Southwark. Although the building was under threat in 2008, it's still standing — and the sign still mostly visible — in 2018. The harder-to-read logo above the writing is that of Rose Brand Fine Teas.

The Mazawattee Tea Company was run by the Densham family, who grew their business in 18th century London. They were based in south London, including Purley and Croydon, and a sign advertising the brand can still be seen from the platform at Sydenham station.

Well-known tea brand Lipton lingers over the entrance to Deptford Market Yard — or at least it did until the ghost sign was almost completely obscured by a red arrow in 2018. More synonymous with iced tea today, the company started out when Glaswegian Sir Thomas Lipton purchased tea fields in Ceylon in 1890. Lipton doesn't have any particular connection to the Deptford area, so this was likely just a billboard advertising the product to locals.

Thespian David Garrick — namesake of the Garrick Theatre — travelled extensively for his work, and collected many fine objects, including a tea service now on display at the V&A. 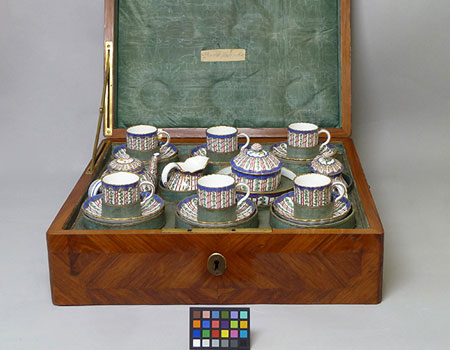 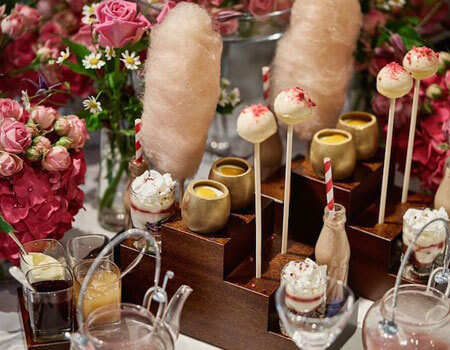 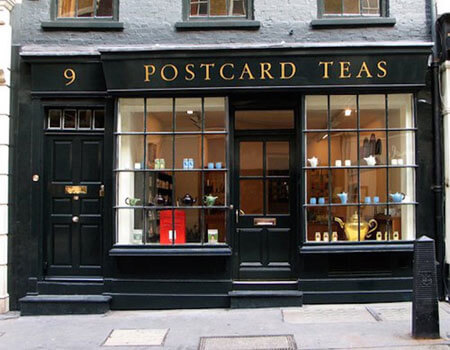 The museum acquired it in 2011, and believes that Garrick bought it in Paris in 1764. An intricate oak carry case, lined with paper board and silk, contains a blue, green, red and white patterned ceramic tea set. Despite damage to the case (since restored), the ceramic is in good nick, with the painters' marks of François Fontelliau and Louis Jean Thévenet.

Tea is more than a drink these days — afternoon tea is an event in itself, beloved by tourists with a taste for cakes and Instagramming. The Duchess of Bedford dreamed up with the idea for afternoon tea in 1840, as a way to fill the long gap between lunch and dinner, and although it wasn't invented here in London — the Duchess was in residence at Woburn Abbey at the time — it soon caught on among London's upper classes. Perhaps the most famous today is afternoon tea at The Ritz, a selection of finger sandwiches, scones, clotted cream, pastries and cakes, served up in the hotel's lavish Palm Court restaurant. Not to forget afternoon tea's origins, an impressive selection of 18 different types of loose-leaf tea are available to accompany your tiered treats.

From the traditional to the bizarre, 21st century Londoners have a wealth of afternoon teas to choose from. Themed offerings are popular, including the Sanderson Hotel's Mad Hatter Afternoon Tea, and a Charlie and the Chocolate Factory affair at One Aldwych.

Where to buy and drink tea in London today

21st century tea drinking in London is a multi-faceted beast. For the finest tea experiences, we recommend the following: