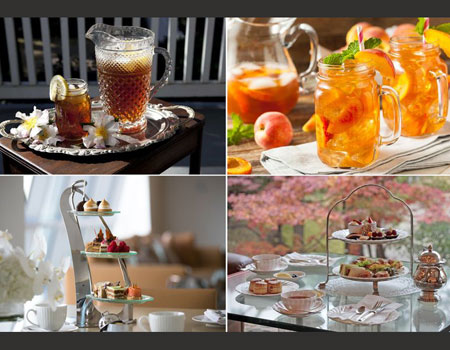 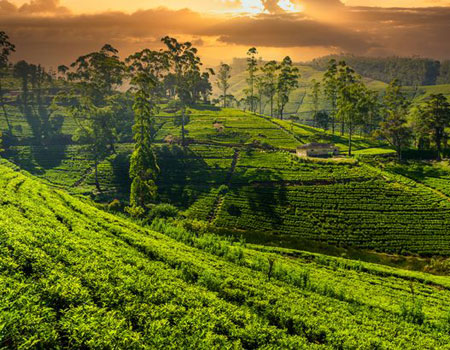 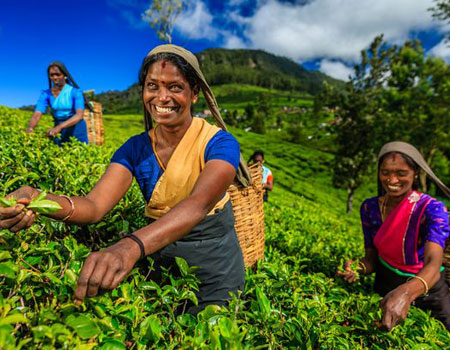 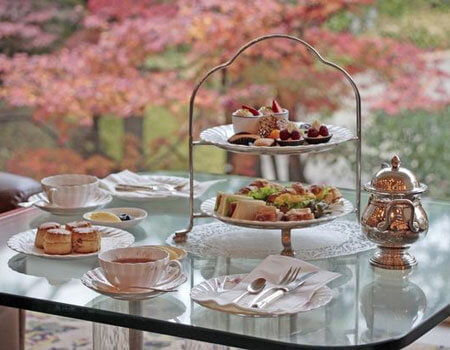 England may be the birthplace of the traditional afternoon tea but if you look further afield, you’ll find glamorous venues that take it to a whole new level.

It's not just about putting the kettle on - these places offer once-in-a-lifetime experiences.

Then of course there are destinations where tea is all part of a visitor's experience; think sampling 'fruit tea' in Nashville, exploring Sri Lanka's tea country hills, or witnessing a traditional Japanese tea ceremony dating back to the 14th century.

Paul Cole takes a look at some of the best tea breaks worth having on your radar - curl up with a cup of tea and have a read...

One of the largest producers of tea in the world, Sri Lanka is the ideal place to visit for all teaholics.

The tea country hills of central Sri Lanka are often referred to as “Little England” due to the cool climate and colonial-era bungalows, although it boasts a landscape far more theatrical than that of the UK.

Mist-shrouded mountains and terraced tea plantations surround the area, while world-class brews are in abundance.

Mature solo travel experts One Traveller runs tours to Sri Lanka where visitors can enjoy the slower pace of life and drink in the destination.

The itinerary includes a picturesque train ride from Kandy to the tea plantations, passing by villages, waterfalls and mountains, before reaching the tea estates.

Guests have the chance to sample the finest Ceylon teas before being shown the stages of the tea-making process at the factory.

In Japan, making and enjoying a cup of tea is an elevated art form that is considered a spiritual discipline.

At the Grand Prince Hotel Shin Takanawa in Tokyo, guests can experience a traditional Japanese tea ceremony which originated in the 14th century.

Guests are led through a serene garden and into a simple tearoom, passing through a small entrance which signifies leaving behind life’s daily worries.

You are then seated on the floor and invited to revitalise, slow down and enjoy the presence of friends. The tea host carefully prepares and serves a Japanese green tea, called Matcha, through a series of predefined movements which combine harmony, respect, purity and tranquillity.

Every movement and gesture, as well as the utensils used, carries a significant meaning which is carefully explained by the hosts allowing guests to be fully immersed in the ceremony. The Matcha tea is served with traditional Japanese sweets to balance the bitterness of the tea.

The whole process is not just about drinking the tea, but about preparing a bowl of tea from one’s heart, enjoying every sip with the time to reflect and leaving the tea house with a sense of calm and spiritual reflection. 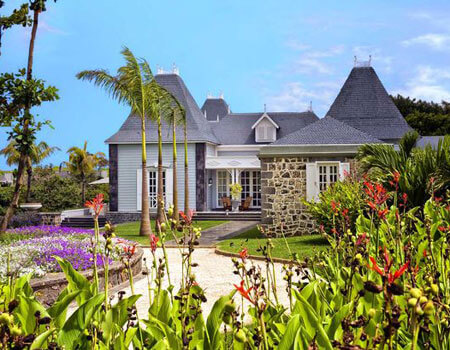 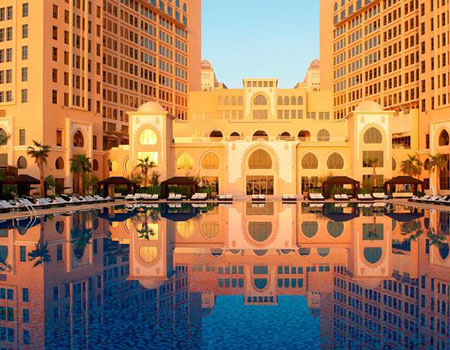 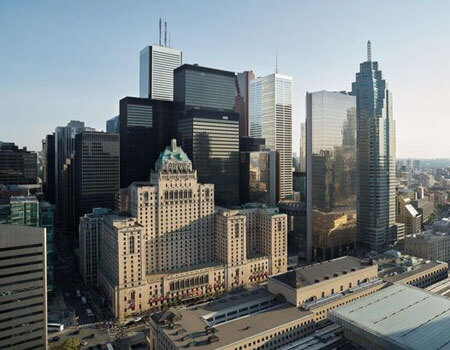 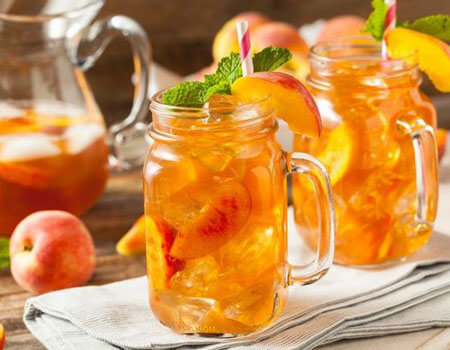 The restaurant caters for brunch, high tea and dinner, as well as events and special occasions, and is recognised was awarded the ‘Best Fine Dining Cuisine’ title by the World Luxury Restaurant Awards.

This enchanting restaurant overlooking the historic ruins of Balaclava and the Citron river offers fine International, French and Indian Ocean delicacies. Its special high tea menu invites visitors to treat themselves with the English tradition of afternoon tea by enjoying a selection of pastries, juices and hot beverages whilst taking in the enchanting setting of the spectacular mansion house.

The five-star St Regis Doha is located in the heart of West Bay in Qatar’s capital city, adjacent to the Pearl Island, and offers sweeping views overlooking the Persian Gulf.

The hotel features 12 destination restaurants and lounges including Opal by Gordon Ramsay, Hakkasan, the Vintage Lounge and Astor Grill, as well as a spectacular rooftop bar and Sarab, an excellent spot for a light snack or a delectable cup of afternoon tea from a world-collection of over 100 blends.

As the winner of the “Best Afternoon Tea” at the Time Out Doha Restaurant Awards 2018, Sarab’s Afternoon Tea menu offers a vast selection of teas, infusions, coffees, cocktails, and champagnes that recalls the vision that Lady Astor inaugurated at Club 400 (now The St. Regis New York), when she would invite her grand friends to tea.

And as the sun begins to set, another splendid Astor family tradition is carried out; the champagne sabering ritual, which signals the start of the evening.

Visitors to Ontario will be in for a treat with afternoon tea at the landmark Fairmont Royal York, which has stood for 90 years in the heart of Toronto. The historic hotel offers a luxurious setting to escape the busy streets with rooms that have some of the best views in the city, but it is the famous afternoon tea which is the real draw.

The Fairmont Royal York has followed the time-honoured tradition of serving afternoon tea since its opening in 1929, with classic scones, savoury sandwiches and fine pastries all served from its REIGN restaurant, complemented by curated Fairmont teas.

For an extra-special occasion there is the option to upgrade to a Royal Sparking or a Royal Champagne afternoon tea.

Sweetened iced tea is legendary in the south-eastern United States, where it is not just a summertime drink, but is served year-round with most meals.

In the South, the most popular recipe calls for sweetened black tea to be poured over ice and served with sliced lemon in crystal glassware or handled jars. 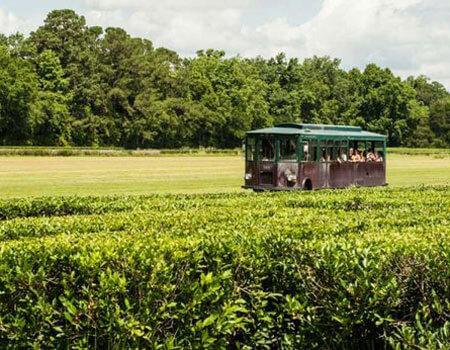 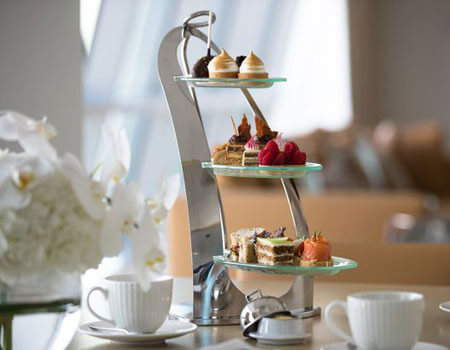 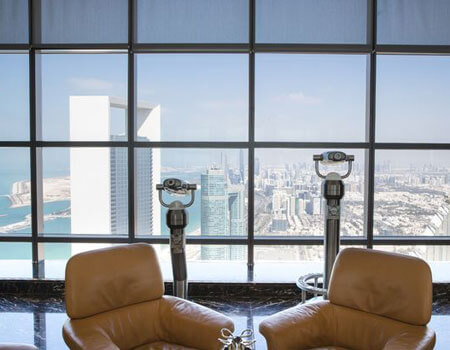 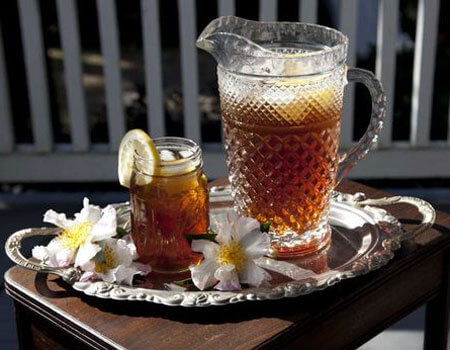 Much like the picturesque city of Charleston, the plantation is a treat for the eyes; pathways are shaded by archways formed by centuries-old oak trees, with verdant fields as far as the eye can see.

While here, visitors can take a trolley ride around the 51-hectare farm to see more than 320 varieties of plants used to make tea.

A complimentary factory tour teaches visitors about the differences in production of green, black and oolong teas, with tastings.

Travellers to Abu Dhabi can sip the finest teas whilst taking in the 360-degree views over the UAE capital from the city’s highest restaurant, the Observation Deck at 300.

Located on the 74th floor, within the Jumeirah at Etihad Towers hotel, the Observation Deck is more sophisticated than its name suggests, serving delightful afternoon teas with optional sparkling wine to hotel guests and visitors alike.

The backdrop is pretty special too, with views right across the Corniche beach, Downtown Abu Dhabi and the Persian Gulf.

Visitors to Nashville will find ‘fruit tea’ – or ‘fruit punch’ or ‘tea punch’, as it’s also known – on menus across the city, from biscuit houses to barbecue joints, and from bagel shops to burrito restaurants.

It’s a concoction of brewed sweet tea with orange juice, lemon, and sometimes other fruit juices, served in everything from crystal glasses to plastic cups, and seasoned with cinnamon, sprigs of mint, or slices of lemon.

Nashville’s fondness for fruit tea dates back to the 1970s when it was enjoyed by ladies who lunch and has since made its way to the masses. Local state legend Daisy King opened Miss Daisy’s Tearoom (now Kitchen) in Franklin, just south of Nashville, in 1974 and served her first customers Tea Punch sweetened with pineapple juice which remains on her menu today, and it’s believed she was one of the first to introduce fruit tea to menus.

Today, Caribbean-themed Calypso Café has a popular version, as does Baja Burrito, while Knockout Wings, Star Bagel, McCabe Pub and Corner Market also offer their own variations. Fruit tea is very much a hit with the locals, who stop in from nearby office and federal buildings and order it with house-made potato chips as a modern Nashville tea-time ritual.