The middle schooler's project for the Georgia Science and Engineering Fair used an antioxidant in green tea to fight cancer growth in worms. It's won prizes across the state and gained attention from researchers nationwide.

Stephen, who lives outside of Atlanta, Georgia, became interested in cancer-related research after two family friends were diagnosed with breast cancer. He immediately began reading up on cancer, and found an article about decreased rates of the disease in Japan in connection with the antioxidants in green tea. 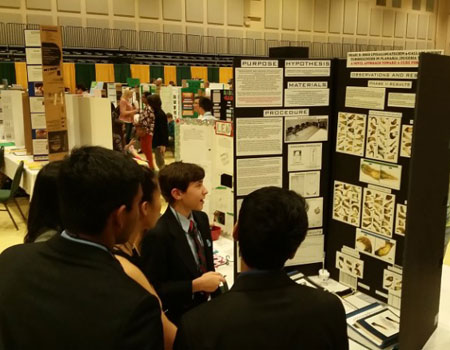 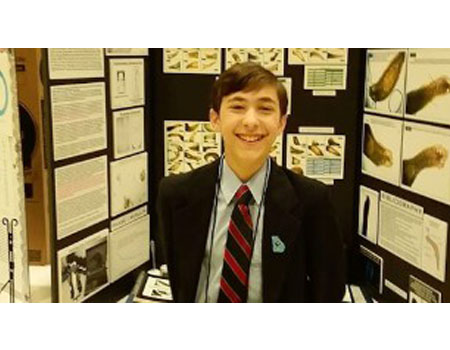 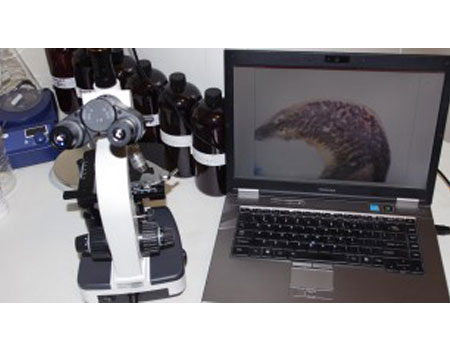 Stephen and his dad ordered the necessary materials online and built a makeshift laboratory in their home. He divided 100 planaria -- or worms -- into four groups in order to test his hypotheses that a polyphenol in green tea could inhibit tumor formation in the worms exposed to carcinogens.

Over the next four weeks, Stephen exposed one group only to the phytochemical found in green tea, epigallocatechin-3-gallate, or EGCG. A second group was exposed to EGCG for 24 hours and then to two carcinogens for the remainder of the experiment.

Stephen and his father used the carcinogens Cadmium Sulfate and 12-O-Tetradecanoylphorbol-13-acetate, or TPA. His father -- a chemist -- mixed the carcinogens himself, so that the middle schooler wouldn't be in contact with any dangerous chemicals. They decided to use planarian worms because they are known to have stem cells called neoblasts which mimic the behavior of cancer cells. Stephen hypothesized that stopping the neoblasts from functioning properly could lead to a potential cure for cancer.

The third group was exposed to just the two types of carcinogens, and the fourth group -- the control -- was exposed only to spring water.

Stephen analyzed his results using a microscope that his grandparents gifted him, discovering that the worms exposed to EGCG and carcinogens grew no tumors over the course of his observations.

"He stumbled along something because of his foresight, which most kids don't have," His father, Lesley Litt, told CNN. "He really wants to share what he knows, and help people."

After Stephen's project won local and state science awards, a researcher at Tufts University took notice. Michael Levin, the director of Tuft's Allen Discovery Center, invited Stephen to view the labs at the university. Stephen's age kept him out of a lab before this, so he was very excited to work inside a real research lab, his father said. CNN reached out to Levin for comment and is waiting to hear back.

"I'm seriously humbled," Litt said. "It's an odd feeling to be humbled by your own child. You ask yourself, where did he come from? He has something remarkable."

Outside of school, Stephen still has time to be the top 7th grade oboe player in the state, play tennis, do karate, be a Boy Scout -- and "somehow manages to find time to play video games," his dad said.

In the future, Stephen wants to transplant human tumor cells into planarians and expose them to EGCG to see if it will "devour the cancer," his dad said.

After his experiments, the budding researcher was supposed to kill the tumor-ridden worms from the carcinogen group, but he had become too attached; his dad had to put them in the freezer instead. The rest of the worms were donated to his middle school to live in his science classroom -- until his next project.