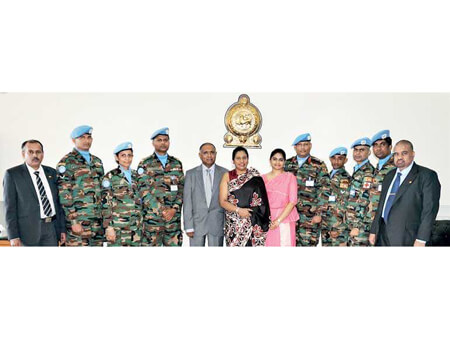 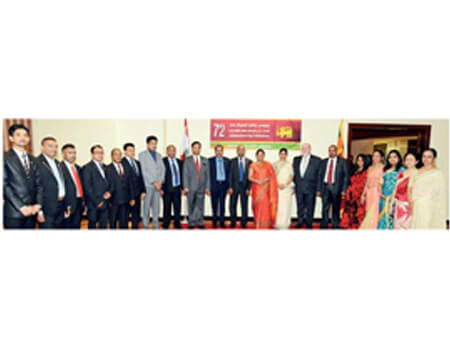 The Embassy of Sri Lanka in Beirut celebrated the 72nd anniversary of the Independence Day of Sri Lanka on 4 February in two sessions.

The Independence Day messages of the President of Sri Lanka, Prime Minister, and Minister of Foreign Relations, Skills Development, Employment and Labour Relations were read in Sinhala and Tamil languages. The event in the morning concluded with a traditional Sri Lankan breakfast offered to all guests, including milk rice and delicacies.

The Ambassador also hosted a grand diplomatic reception on the same day evening with the attendance of diplomatic corps, officials of the Ministry of Foreign Affairs and Emigrants, officials representing Lebanese authorities and international organisations based in Beirut, business personnel and tour operators, members of the Sri Lankan associations in Lebanon and members of media at the Lancaster Tamar Hotel in Hazmieh.

The ceremony commenced with the playing of the national anthems of Lebanon and Sri Lanka followed by the address by Ambassador Karunaratne, who enumerated the initiatives led by President Rajapaksa along with the manifesto and emphasising the further development of the existing strong bilateral relations with Lebanon in the arenas of political, economic, trade, tourism and labour for the mutual benefit of two friendly nations.

On the sidelines, a photography exhibition was unveiled to showcase Sri Lanka’s scenic nature captured by Nada Raphael and Joelle Sfeir of the Tourleb, a tour operating company in Lebanon engaged in eco-tourism outbound tours to Sri Lanka. An opportunity to taste flavours of Ceylon Tea was also offered in partnering with Gabriel Bocti Company, sole agent for Dilmah Tea. A traditional Sri Lankan dance was also presented by the Sri Lankan community.