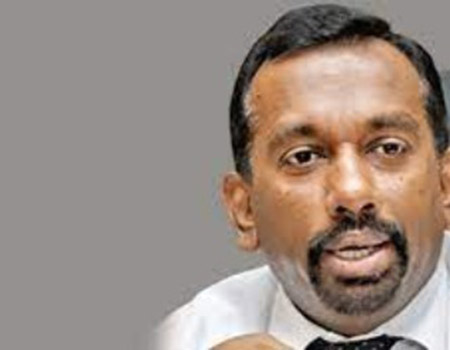 The recent ban on chemical fertiliser and pesticides has raised so many questions within the agriculture sector. However, in an interview with The Sunday Morning, Agriculture Minister Mahindananda Aluthgamage shared his views on the mechanism to provide organic fertiliser to farmers, the ban on carbonic fertiliser at this point, and food security in the coming months, among other topics.

Following are excerpts from the interview:

There are local organic fertiliser manufacturers and we recently had a meeting with them; but right now, the maximum capacity they have is 20-25% (of the demand). We also planned to give the technology to the farmer to produce organic fertiliser by themselves and to give a subsidy of Rs. 30,000 for one hectare. Even after implementing these two methods, we can only cover an average  30-35% of local production of organic fertiliser.

Due to this, only for the following Maha season, we have to import 60-65% of the organic fertiliser requirement to make up the gap. To import the organic fertiliser, we got the approval to obtain the necessary specifications from Sri Lanka Standards Institute (SLSI), which we have with us.

We would get organic fertiliser that is of European Union (EU) standards; then, there won’t be any allegations against us.

For the next Yala season, the country will meet the entire organic fertiliser demand through local production.

We are going to change the way of farming after 65 years. In 1965, we started farming with chemical fertiliser and it is a challenging task for us. Our plan is to make Sri Lanka the “World’s Organic Garden”.

There is no other country that has adopted organic fertiliser 100% for their cultivation. After taking the decision to ban chemical fertiliser and pesticides, I had a meeting with the Samastha Lanka Govi Jana Sammelanaya (All-Ceylon Farmers Federation) and asked how they are going to handle the situation. They only asked for an uninterrupted fertiliser supply and now, as the Government, we are in a situation to produce organic fertiliser somehow for the farmers in the upcoming seasons.

Farmers complain about the unavailability of fertiliser for crops, especially paddy. What is your opinion on this?

How would you ensure food security and an undisrupted food supply in the coming months?

We have to think about that as well. If we used quality organic fertiliser, then there won’t be any harm to the crops. If by any chance there is a limitation in crops; take paddy for example – if there is a decrease in the harvest, we had planned to cultivate paddy on the barren lands.

We know that rice is the staple food of Sri Lanka and paddy cultivation in the country is given utmost importance in the agriculture industry. There are 150,000 hectares of barren land in the country and we have already launched a national programme to cultivate these lands.

I’m explaining this because, if there is any drop in our cultivation at this point due to the use of organic fertiliser, we have to match the particular gap by cultivating these barren lands with paddy and other field crops.

What will happen if there are economic losses to the farmers by using organic fertiliser?

We have already thought about that as well. For example, in paddy cultivation, now we are buying 1 kg of paddy from the farmers for Rs. 50 but if there is any loss to the farmer with the current decision, we would buy 1 kg of paddy for Rs. 60. The Government is going to subsidise that increased amount and the farmer will get the same amount they got previously.

It is not a loss to the Government. So far, research has shown the increase in the number of kidney patients due to the use of chemical fertilisers; it is also the same for the number of cancer patients and those suffering from infertility and diabetes. Twenty years ago, we only had two cancer hospitals, but now we have 11. So subsidies in the agriculture sector are an investment for the Government and it is not a loss.

Some are trying to portray the President’s decision to ban chemical fertiliser in a different manner, but I have to say this was not a sudden decision. The decision to ban chemical fertiliser is in the President’s election manifesto and when appointing a minister, he created two positions – one as Minister for Organic Fertiliser and the other as Minister for Organic Food.

What was the former Yahapalana Government’s involvement in banning chemical fertiliser?

Former President Maithripala Sirisena also tried to some extent to develop the project on using organic fertiliser in the country, but he had to drop it at some point. Every former Agriculture Minister has commenced implementing this decision but all of them tried it to a small extent only. We know this is a challenging task but at some point, any government has to take this decision.

What are the other financial benefits to the country by using organic fertiliser?

There are so many other benefits, especially in terms of developing the tourism sector. If we implement this decision properly, we can expect a threefold growth in the tourism sector. This is why we are trying to convert Sri Lanka into the “World Organic Garden”, and we have to sell it.

We can give the assurance that there will be no fertiliser shortage, income loss to the farmer, or food shortage in the coming months.

Supply chain issues are unresolved for a long time, and at present, farmers are unable to sell and produce while prices are high in the local market. What is the Ministry’s plan on providing a viable solution?

Rs. 40 million is already allocated as subsidies for the farmers and we are spending another Rs. 200 million for the health sector at this point while spending billions on the imports. At this point, it is a large expense for the Government but in the long run, we can see a growth in our income by exporting these products made using organic fertiliser.

Will Covid-19 Relief and Resilience Funds be provided by the Ministry for the farmers and agricultural workers?

Creating a database platform including all the farmers – what is the current situation of this project?

We were planning to collect the data and it was fixed for last month. However, due to the Covid-19 situation, we had to postpone that project. As soon as the whole situation in the country is clear, we are going to implement it again.

With the current outbreak of Covid-19, Sri Lanka needs a resilient logistics system, even for the agriculture sector. What is the Ministry’s contribution to this?

Once we start with the database system, we are going to facilitate every farmer with the necessary logistics. Actually, we didn’t have a proper database in the agriculture sector for the past years. By making the database we can manage the farmers and their crops.

The control of imports and reassuring the cultivation of essential food crops locally is a viable solution for the restoration of the damaged economy. What is your opinion on this?

We are spending more than Rs. 500 billion to import various things including food. We can manufacture most of these things locally as well, especially when it comes to food. For example, we import 100% of chilli peppers which we can easily manufacture in our country. We import about 80% of our potato demand, which is also a vegetable that can be produced locally. So, if we start manufacturing certain things locally, we can definitely ensure growth in the economy.

What is the current status of the development of the dairy sector in the country?

The former Yahapalana Government caused massive losses to farmers by importing unhealthy milch cows and it is a failure which occurred in the dairy sector. They had done business without strengthening the dairy farmers. We have clearly taken a decision that we are not going to use that concept.

We have nearly 1.2 million milch cows in our country and for the dairy sector, we are only using 250,000 among those cows. Additionally, the average milk production from one animal is 2.5 litres. We are planning to increase it to five litres.

We are also creating mega dairy farms by involving the private sector. Already, eight mega dairy farms have received Board of Investment (BOI) approval and we are providing them with the lands. We have also planned to import another 15,000 animals and the private sector is handling the whole project. The Government is not spending a single cent on that project. To reach the necessary supply for the dairy farming sector, it will take about three to four years.

What are the new projects from the Ministry for the development of the agriculture sector, especially on promoting advanced technology in cultivation and smart agriculture?

If we are looking at the research conducted by several institutions attached to the Ministry, we, as a country, have advanced technology in the agriculture field. But unfortunately, it has not gone to the farmers and the trade union matters are the reason for that issue. We have now got used to a subsistence import economy but we have to convert to a production economy.