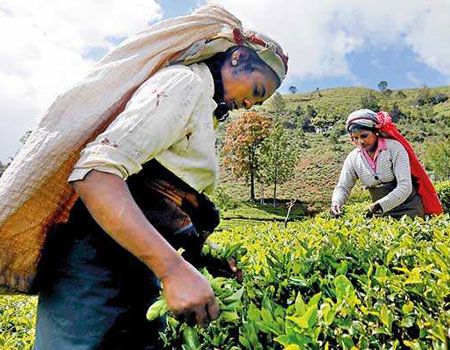 Sri Lanka’s tea exports in the first half of this year have reached to highest ever of Rs. 121.8 billion, up by 7% from the earlier record established in the corresponding period of last year despite a drop in volume.

January to June 2019 cumulative exports volume wise amounted to 145.1 million kilos down by 5.5% from the corresponding period of last year.

The industry also witnessed a drop in volume in June though marginally by 0.6 million kilos to 24.1 million kilos.

In June, bulk tea exports showed an increase, whilst tea bags and packeted tea show a decrease compared to the corresponding month of 2018.

On a cumulative basis, tea bags, packeted tea together with bulk tea have shown a growth year on year.

Forbes said Iraq has retained the No. 1 spot as the largest importer of Sri Lankan Tea for the period January-June 2019 followed by Turkey, Russia and Iran.

Further, Libya, China and Azerbaijan are some of the noteworthy importers, whilst it is also relevant that destinations such as India, Germany and USA have shown a significant growth in imports for the period under review when compared to the corresponding period of 2018, Forbes said.