10-year strategic plan in the making to boost tea industry 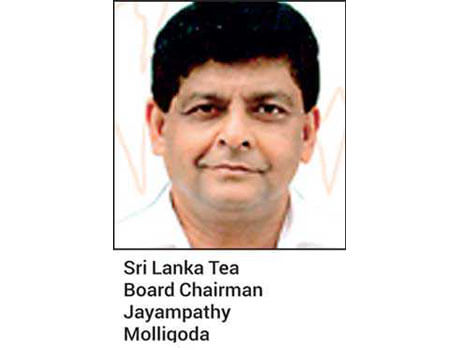 A 10-year strategic plan and roadmap is in the making under a public-private sector collaboration to boost tea industry.

The newly-appointed Sri Lanka Tea Board Chairman Jayampathy Molligoda told the Daily FT that the emphasis of the initiative is to make the tea industry sustainable and boost exports.

“The tea industry has taken the leadership to formulate strategic initiatives to put Ceylon Tea on top of the world map. This is a 10-year road map to support all stakeholders of the sector with an integrated system and consistent policy direction,” Molligoda said.

He said ‘Road Map Ceylon Tea 2030’ will be the main document the industry will depend on going forward once fully formalised.

Since assuming duties two weeks ago, Molligoda said several discussions were held between all stakeholders of the tea industry to understand the issues, challenges, opportunities and share new ideas to develop the 150-year old industry that continues to contribute significantly to the economic development of Sri Lanka.

Sri Lanka produces around 300 million kg of tea annually and earn about $ 1.6 billion in foreign exchange.

Molligoda who was previously the Deputy Chairman of Bogawantalawa Tea Estates PLC noted that Sri Lanka produces about 5.4% of the world tea production, which is inadequate considering the competition hence necessary changes are required.

“Sri Lanka used to supply around 8% of the world’s tea production 10 years ago. Our current supply has come down to 5.4%. For us to be competitive, the current model needs to be changed. The current model consisting of plantations, smallholders, factories and auctions need to be relooked at to improve efficiency, reduce costs to be productive and competitive and more innovative in order to make the industry better, to support the local community to maintain the sustainability of this industry. We need a clear strategy for the industry,” said Molligoda.

Reiterating that Sri Lanka is in the right direction, the new Tea Board Chief who is a chartered accountant and certified management accountant by profession said it was important for the industry to understand global market trends, competitors and develop Pure Ceylon Tea with its exclusivity and value additions to ensure that it can be promoted as a top beverage among the world.

According to Molligoda the initiative is also supported by the Plantation and Export Agriculture Ministry.

Tea Exporters Association (TEA) Chairman Jayantha Karunaratne told the Daily FT that the formulation of the policy document was a brainchild by Colombo Tea Traders Association of Sri Lanka (CTTA) where all stakeholders including regional plantation companies, tea factory owners, brokers, tea smallholders are a part of.

“Basic foundation has been set. We have started working on this and the interim report will be submitted to Sri Lanka Tea Board and the Ministry by January,” he added.

It was pointed out that with livelihood of over 2 million people dependent on the tea industry, remaining competitive in the international market was a key challenge.

Last week the Plantation Industries Ministry said the Government will implement a major loan restructuring plan for the tea sector which could include a moratorium on loan repayments and the write-off on interest in some cases.

The relief measures for the tea sector was approved by Cabinet with the modalities on how the proposed measures are to be implemented to be finalised in the weeks ahead.

The Government will also take Rs. 500 million from the Tea Promotions Fund to give loans to factory owners via a scheme to be implemented through the banks.

Both the month and cumulative averages show a greater decrease in dollar terms compared to the corresponding period of 2018 due to the devaluation of the rupee.

In October earnings from tea exports declined 1.5% to $ 113.8 million due to lower average export prices in line with the fall in international market prices despite an increase in export volumes. In the first 10 months of 2019, tea exports were down by 5.7% to $ 1.14 billion.

In terms of production, January-October tea crop amounted to 253.7 m/kgs recording a marginal gain of 0.98 m/kgs vis-à-vis 252.7 m/kgs of January-October 2018. In October crop totalled 20.8 m/kgs down by 8.9 m/kgs from a year earlier. All elevations have recorded a decrease YOY, with High and Low Grown elevations showing a fairly significant decline.